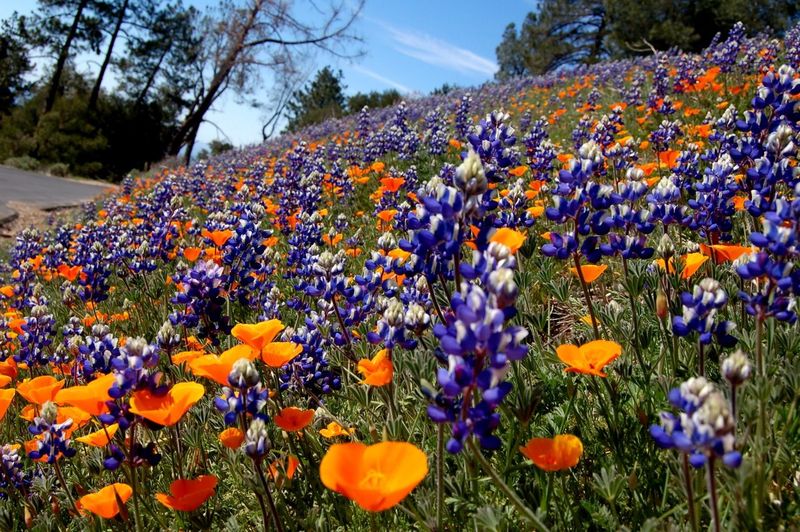 On the mountain the flowers come and go, outdoing Michelangelo, amidst garish spurs of kryptonite-green serpentine from the spreading centers of the deepest sea, and prickly, sap-dripping, pineapple-size cones, laid out on a quilted carpet of dried needles so thick you could ski down the steep slopes on them.

This year’s crop of blossoms on Figueroa Mountain is underwhelming to the casual observer – some shooting stars, a few blue dicks, occasional buttercups, the bushy white ceanothus – until you reach that perennial photographer’s heaven, the hillside just short of the campground, where a sumptuous salad of mixed greens, eschscholzia californica, and lupinus delights the soul and draws a crowd. Hone your spotting skills here.

Regardless, it’s always great to be at large up there, exploring in the fresh air as the day unfolds. There’s not much budding on the rutted dirt road to the Pino Alto picnic ground and the fire lookout beyond, but the bit of snow on the far peaks is literally cool, and the fire cleared backcountry has a new focus to it.

Challenging terrain disappears into haze, into condor country, borne back ceaselessly into the past; to Manzana Schoolhouse, to the mercury mines, to a time when ex-slaver Davy Brown and his mule were the kings of this country, hiding from demon rum; back to cave painting shamans; back beyond the memory of man.

The picnic tables at the top of the mountain are a favorite for Valley families on Easter morning. It’s a bit godlike to look out at sweeping vistas in all directions. To the west you can see to the Pacific. Shoot, in this confused corner of California, walk past the watchtower and even to the south you can see to the Pacific. Peer right over Cachuma Lake and the Santa Ynez range, on out to the islands in the Santa Barbara Channel.

Pino Alto has a couple more picnic tables, and a nearly level nature trail my kids and their cousins always adored. One year, a glider swooped by at eye level. The pilot waved.  The overarching sensation is one of space, freedom, flight, light, height, and glowing green vistas rolling on forever.

Freedom of sorts. To avoid a green vista including a ranger, remember that parking in your National Forest requires one of those annoying Adventure Passes sold at Big Five. I’ve never met anyone who bought one (there’s a reason they call our high school the Pirates) but it is the law. If you’re planning a picnic, better bring it baked. The yellow caution tape on the barbecues means no fires allowed. Happy Easter. 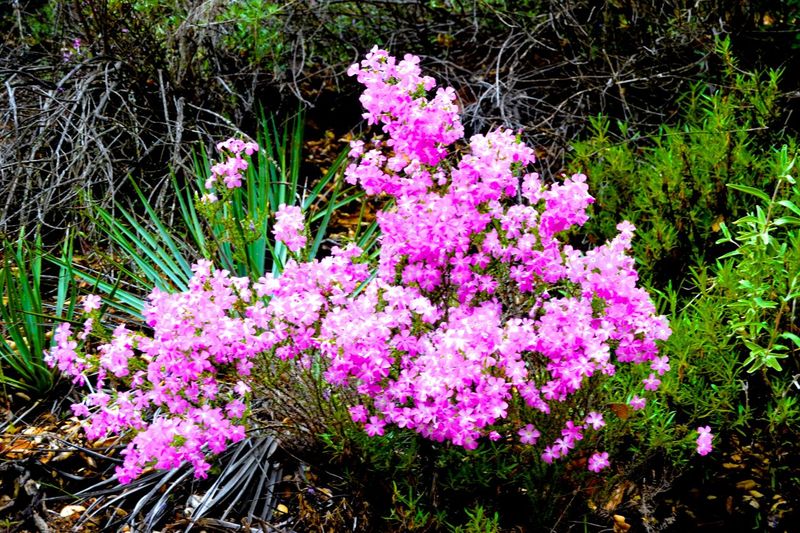 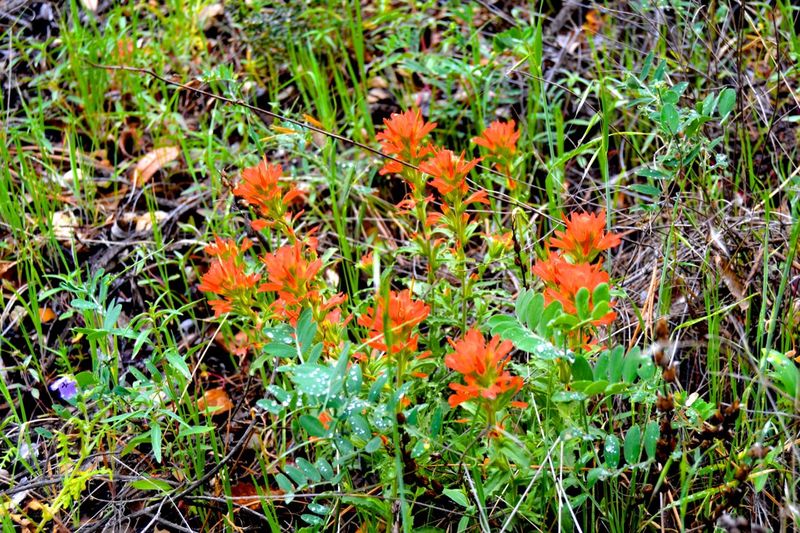 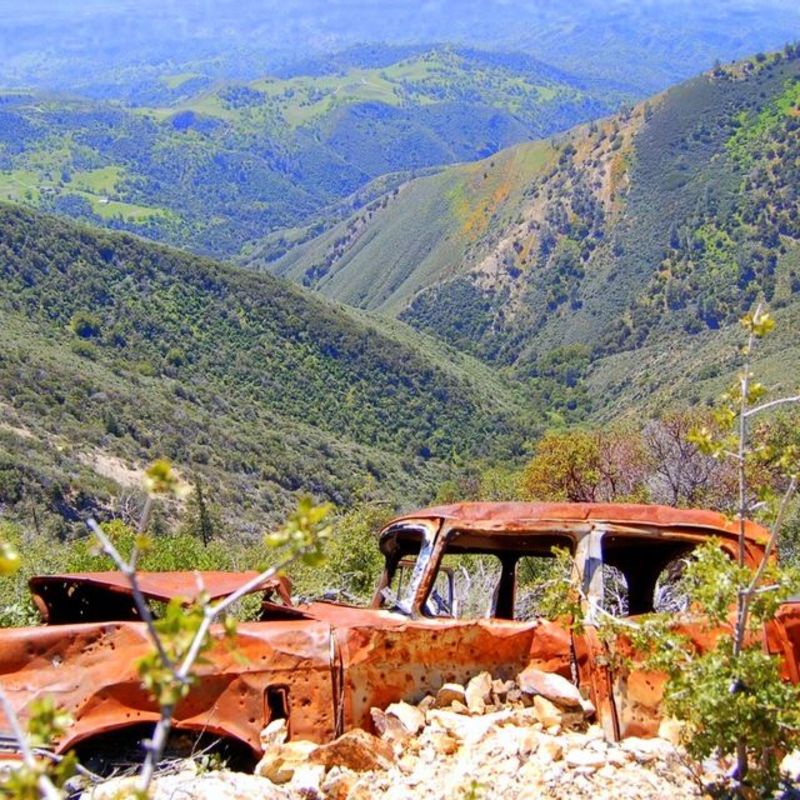 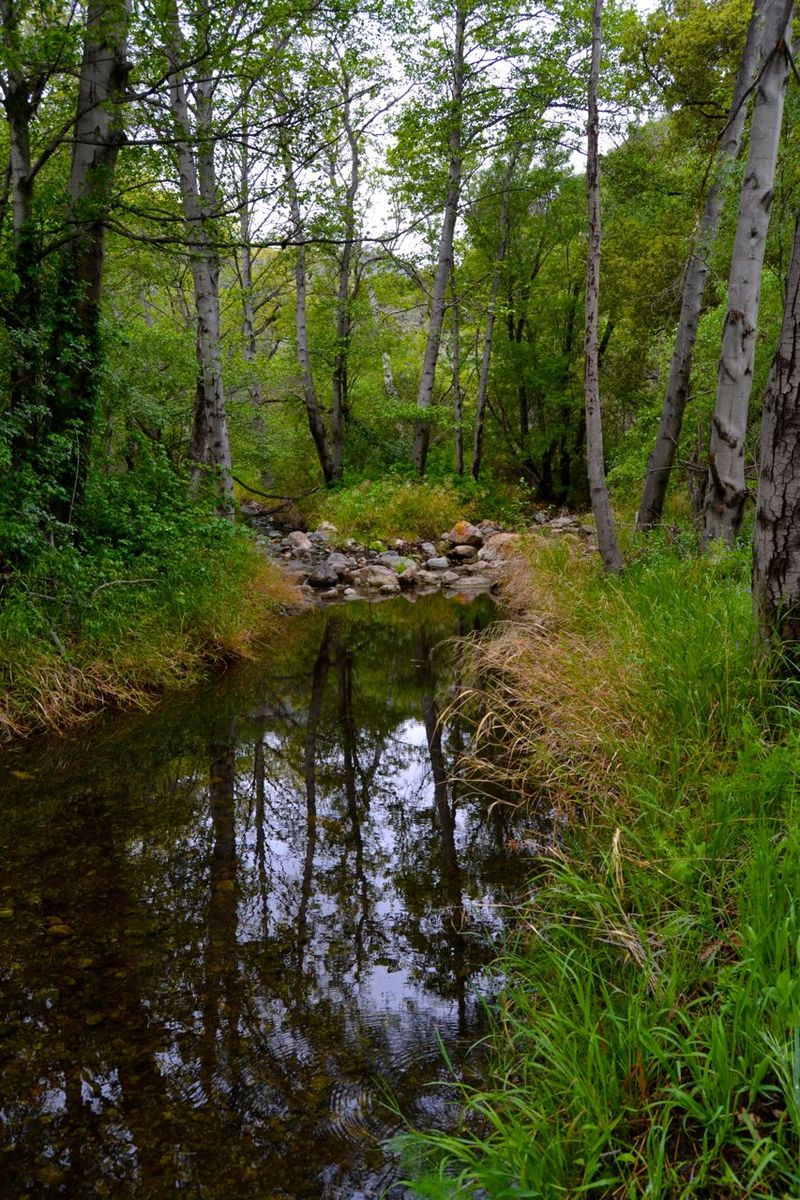 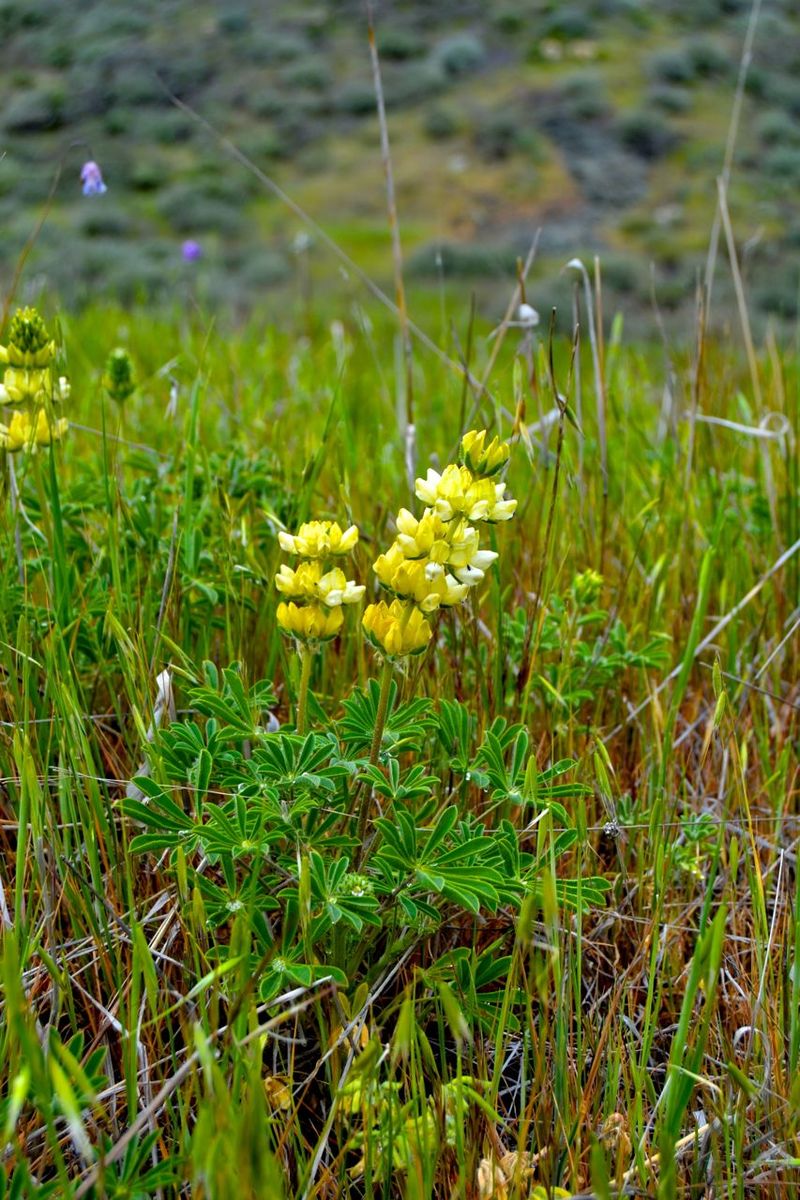 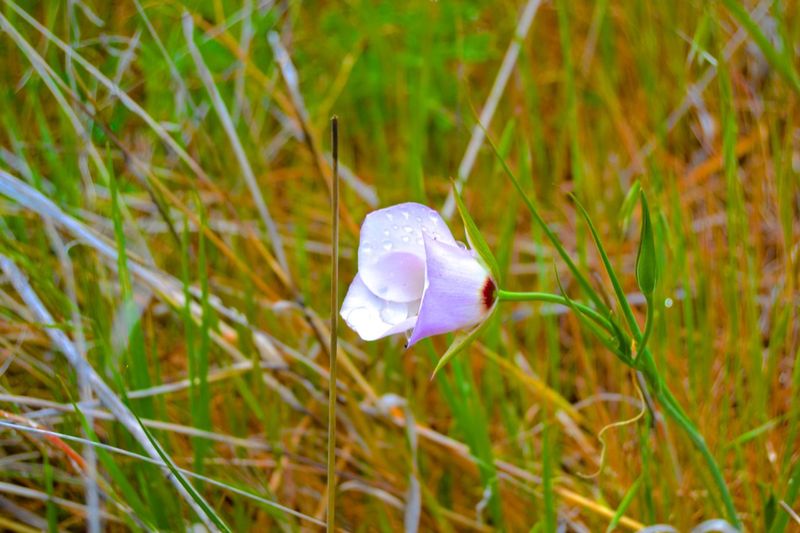 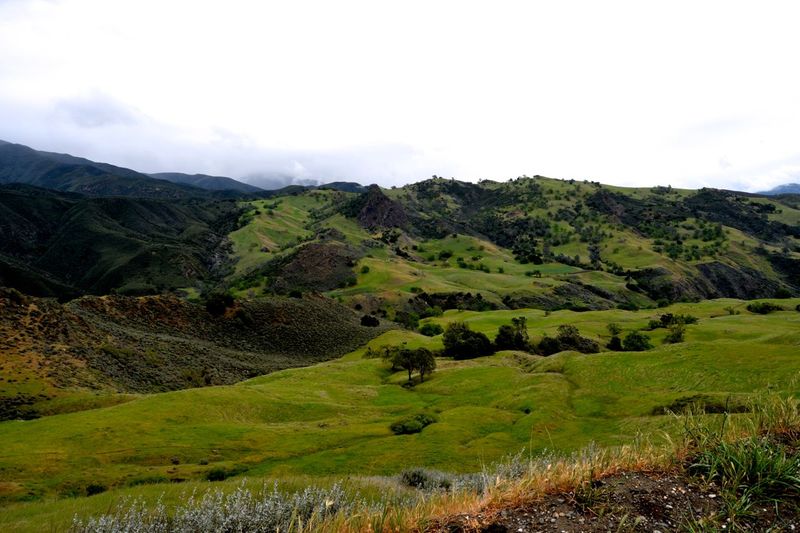 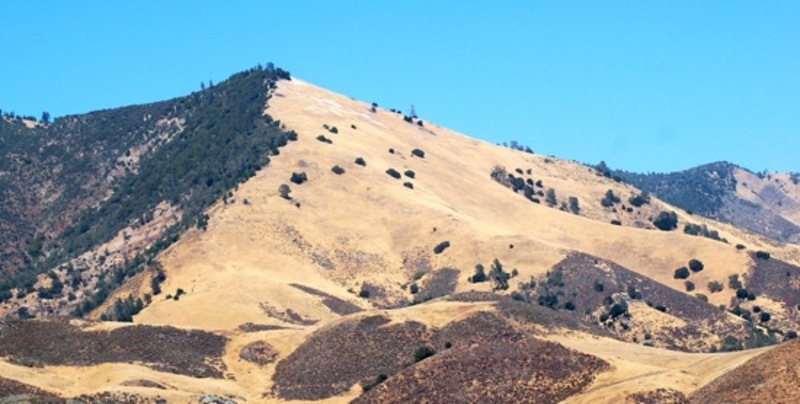 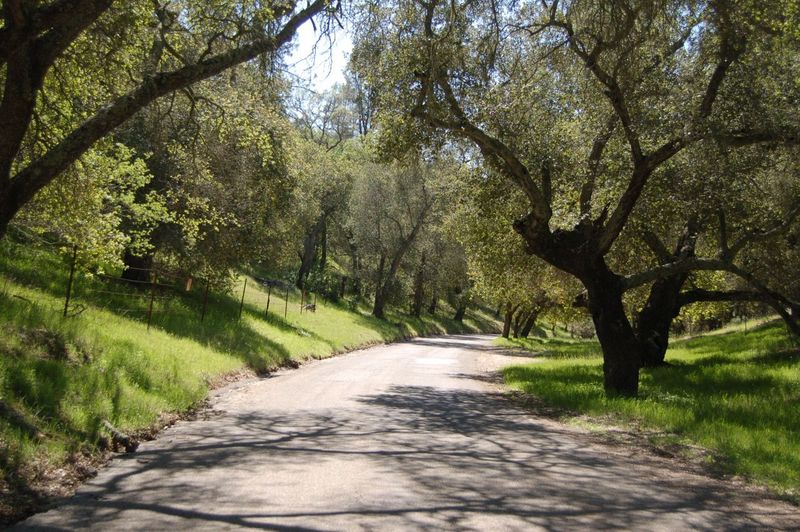 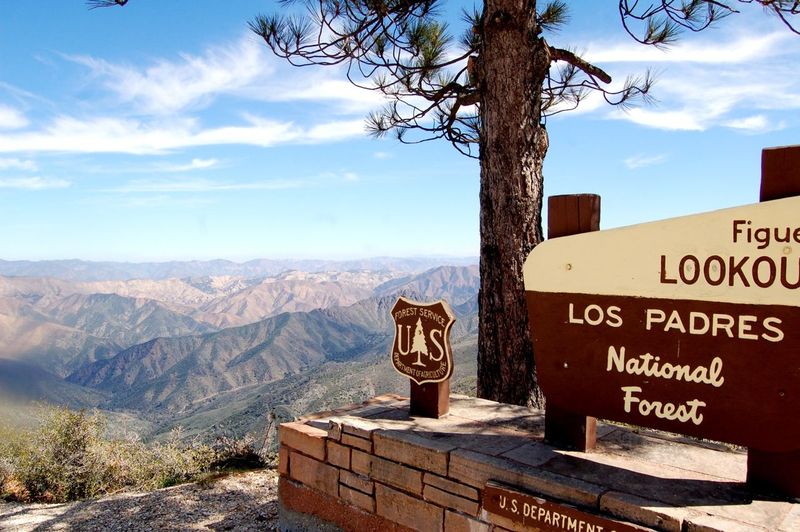 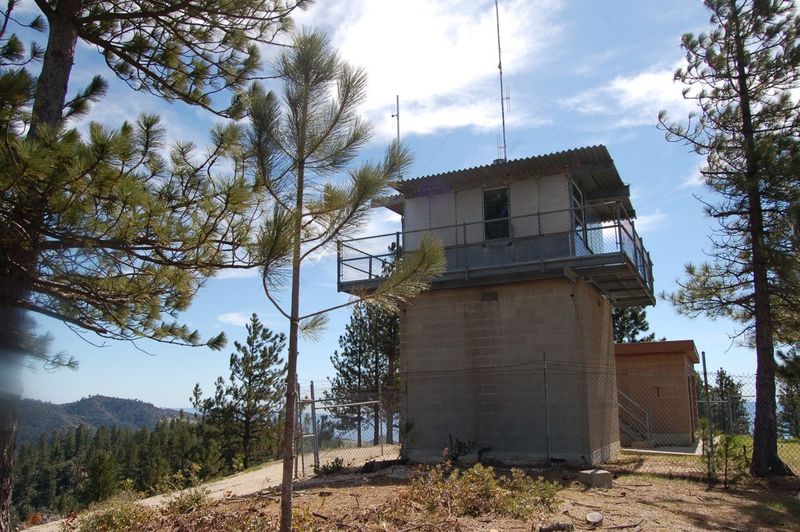 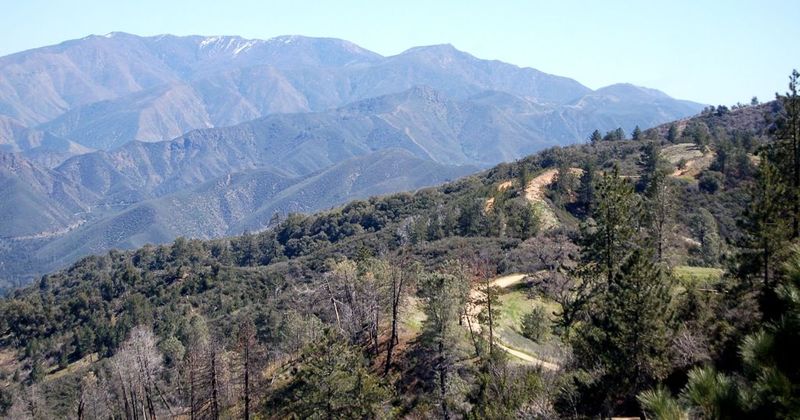 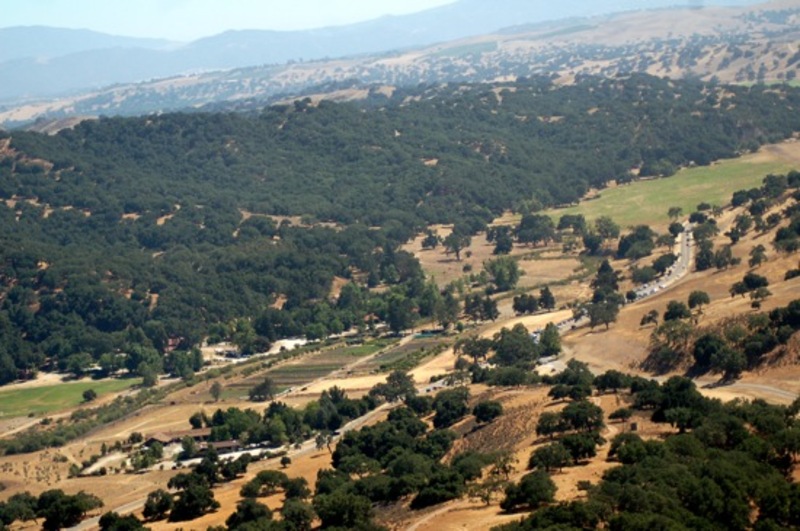 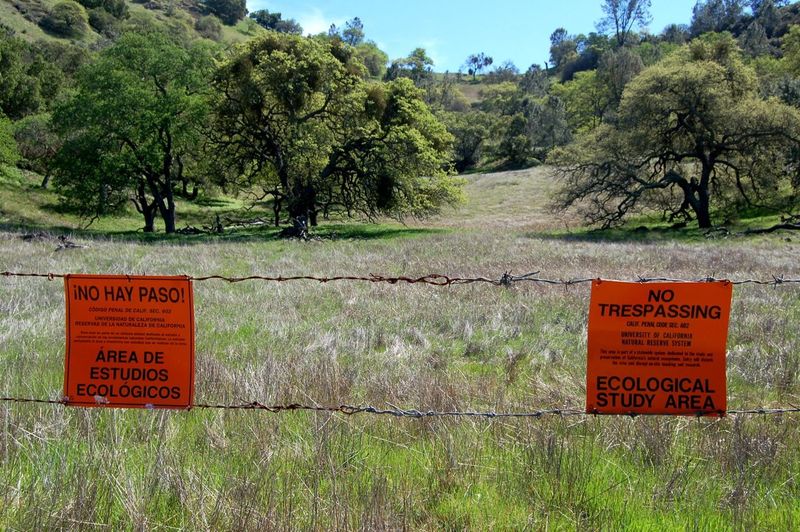 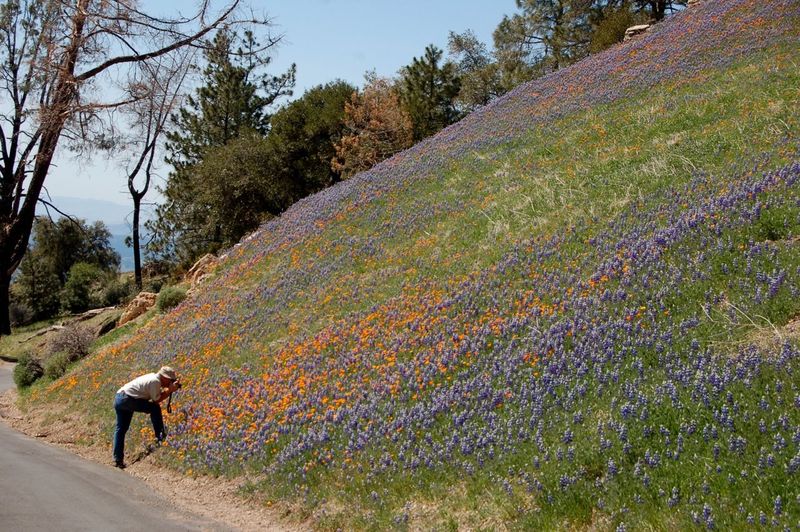 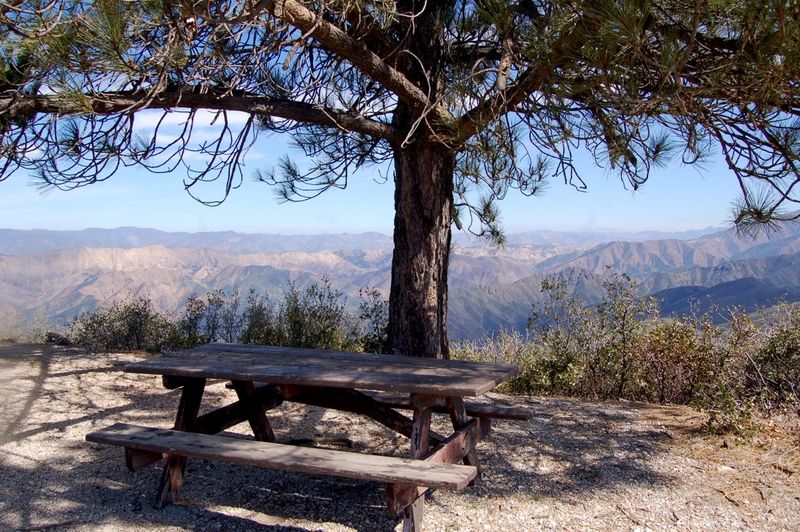 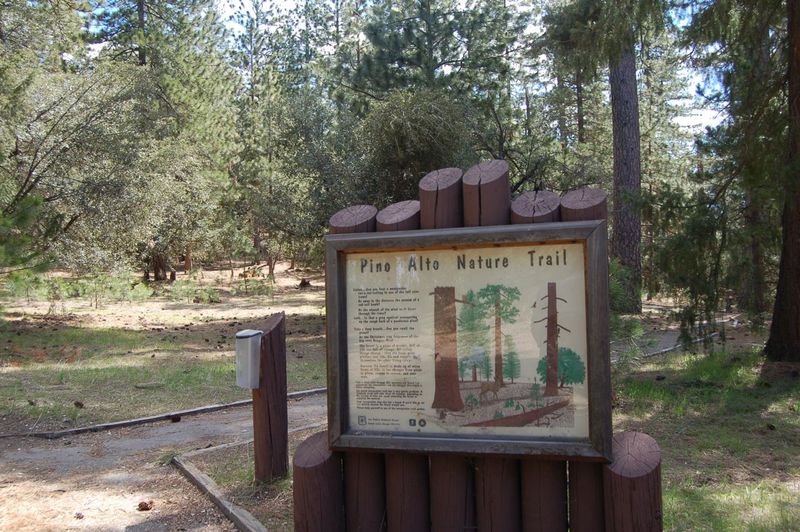 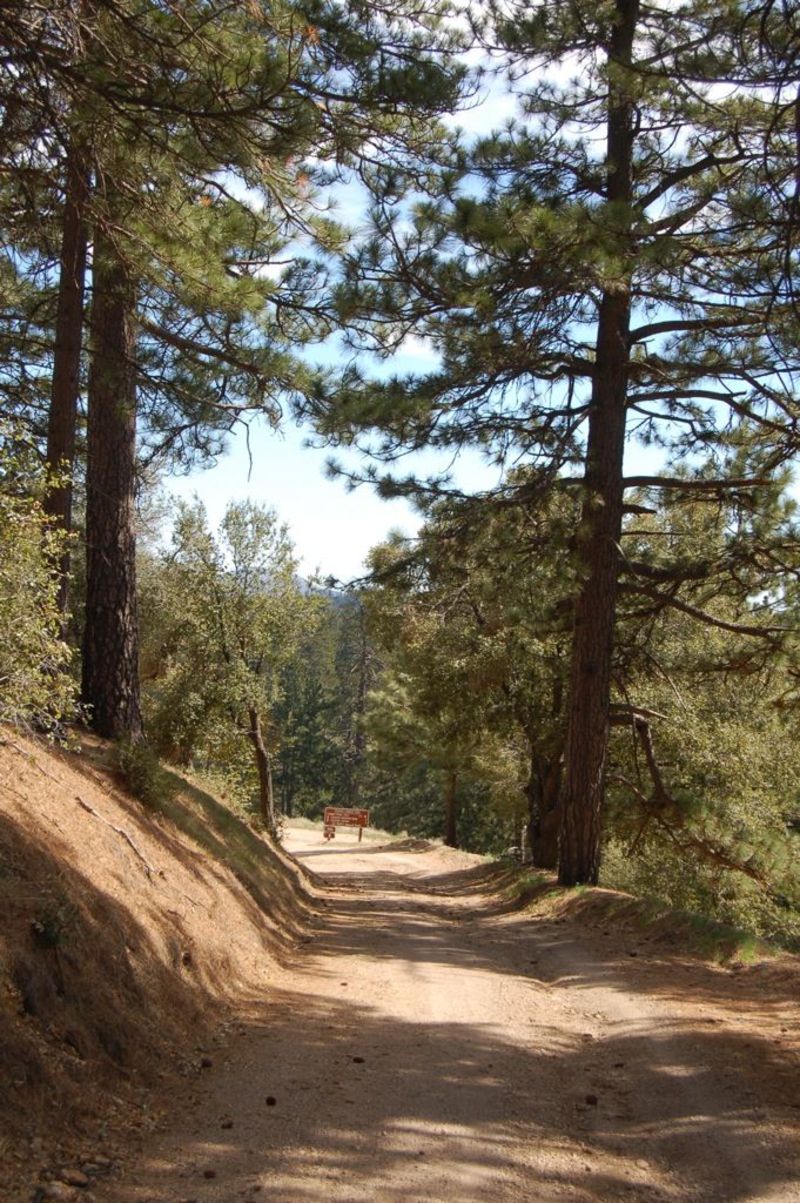 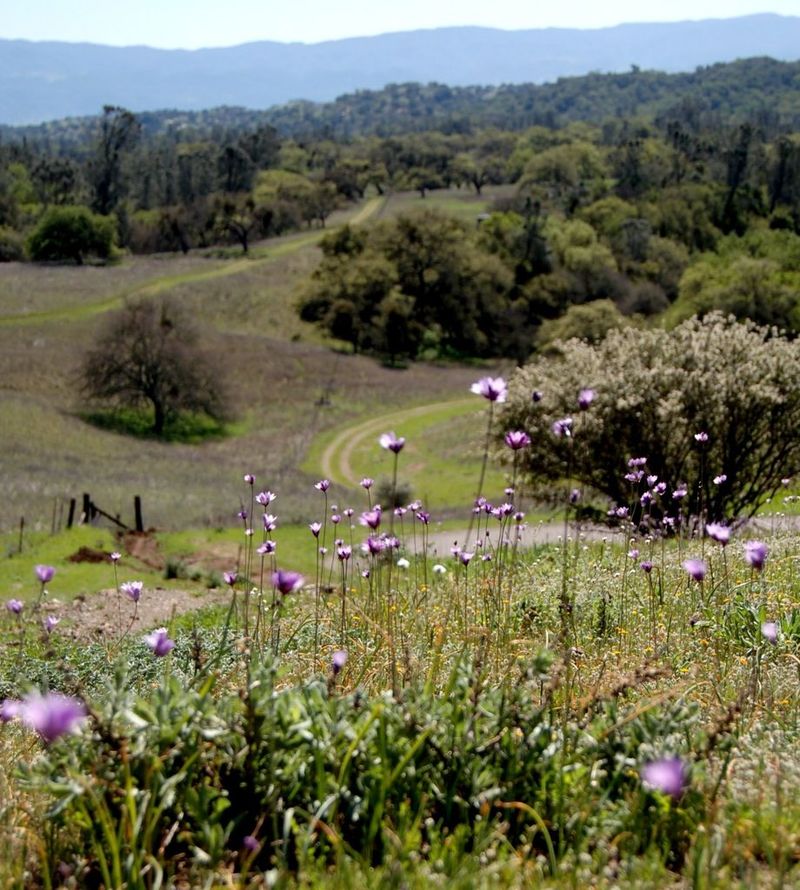 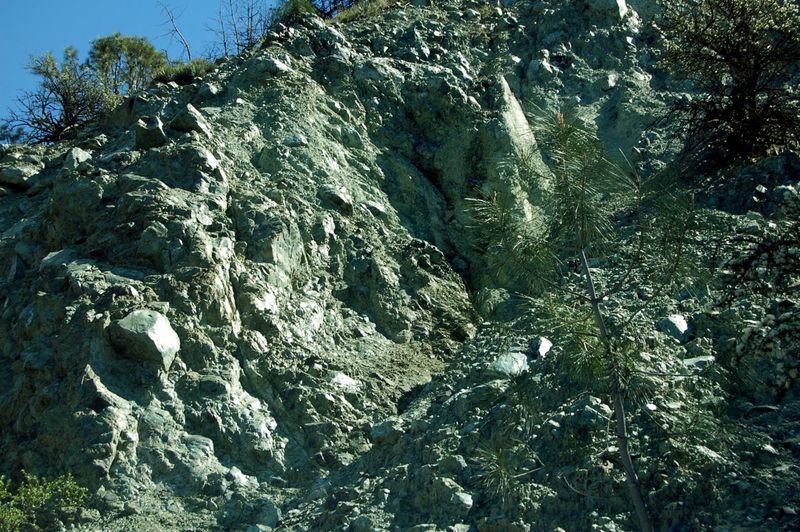 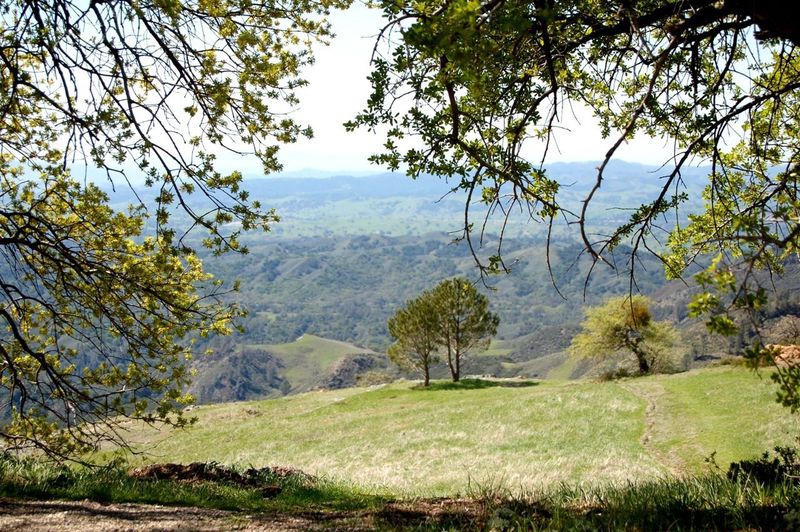